After a long lay-off, due to the outbreak of Covid 19 and the subsequent lockdowns, athletes from across the city and the country gathered at Dal Josafat Stadium, in Paarl, for Athletics South Africa’s national championships.

The pinnacle of the athletics season follows a shortened season which saw Western Province Athletics (WPA) hosting three events at Parow Athletics track since the beginning of the year, leading up to last week’s three-day championships.

With the absence of schools’ athletics, last week’s meet was the only opportunity for the city’s promising athletes to test their mettle against the best of the best in the country.

Star under-17 sprinter Hannah Stephens, 17, from Bonteheuwel, was among those who took part in the three-part WPA series earlier this year, which also served as qualifiers for the nationals.

Despite doing well in the Parow qualifiers and making the qualifying time, the youngster, who runs for Tygerberg Athletics Club, couldn’t make it to the nationals, due to injury.

When Athlone News spoke to her in Parow, after the second round of qualifiers, late last month, she looked sharp, and ready for the nationals. She had just won that weekend’s girls’ under-17 100m race.

“I think I am slowly getting to where the coach wants me to be at. I’ve taken part in a number of races this year and I know I haven’t been performing at my best,” she said.

She attributed this to a number of things, including the lockdown restrictions and her tight academic schedule at Tygerberg High School in Parow, where she is currently doing Grade 11.

“We are now working on getting me into top shape and my target, in terms of times in 100m, is sub 12. I know that is achievable, as long as I work hard,” she said.

She also noted that last year, she and her trainer at Tygerberg Athletics Club, Jerome Walters had a plan in place, as they anticipated a tough 2021 season.

“Our training last year revolved around conditioning as we were limited in terms of the time we spent running with other athletes. That did help, but of course we missed the track,” she said.

Walters concurred and also noted that it was difficult to say whether last year was a bad year for athletics or not. “It gave coaches an opportunity to reflect on how best to prepare our athletes. Yes, it was a bit challenging but I was in a bit of a fortunate position as my athletes, including Hannah, got back strongly this year, some getting personal bests. We are just grateful we can compete again,” he said.

Looking ahead, Walters said they wanted to improve on their current performances and get better as the season progresses.

Hannah, a former Rondebosch East Primary School pupil, has been with Tygerberg for three years now.

She said the Parow-based school had been following her progress for a long time before finally offering her a scholarship, which she accepted.

She still stays in Bonteheuwel and, as she says, likes everything about it. “I don’t want to leave Bonteheuwel. I will be bored in other places,” she said. 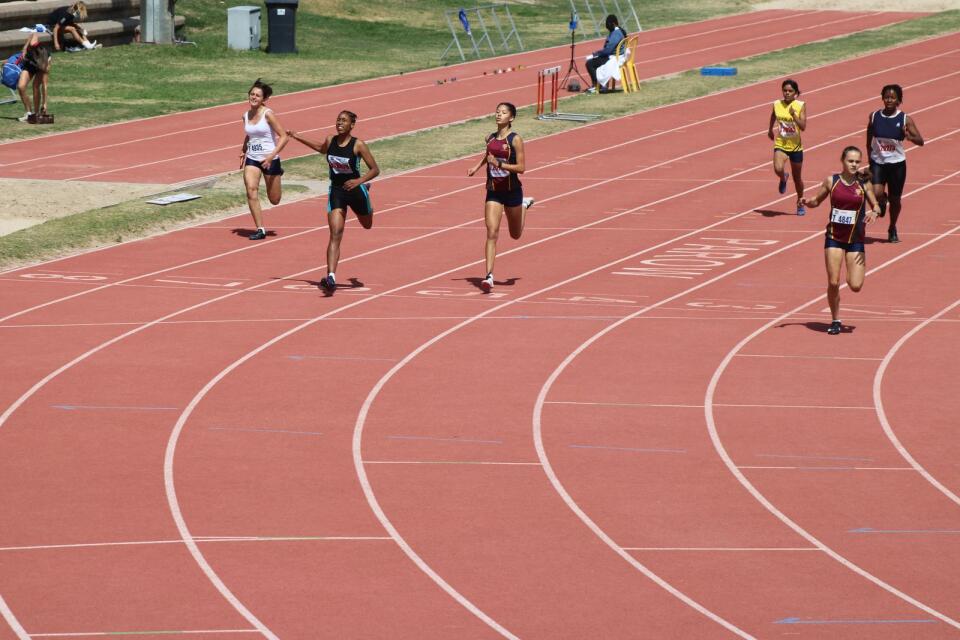 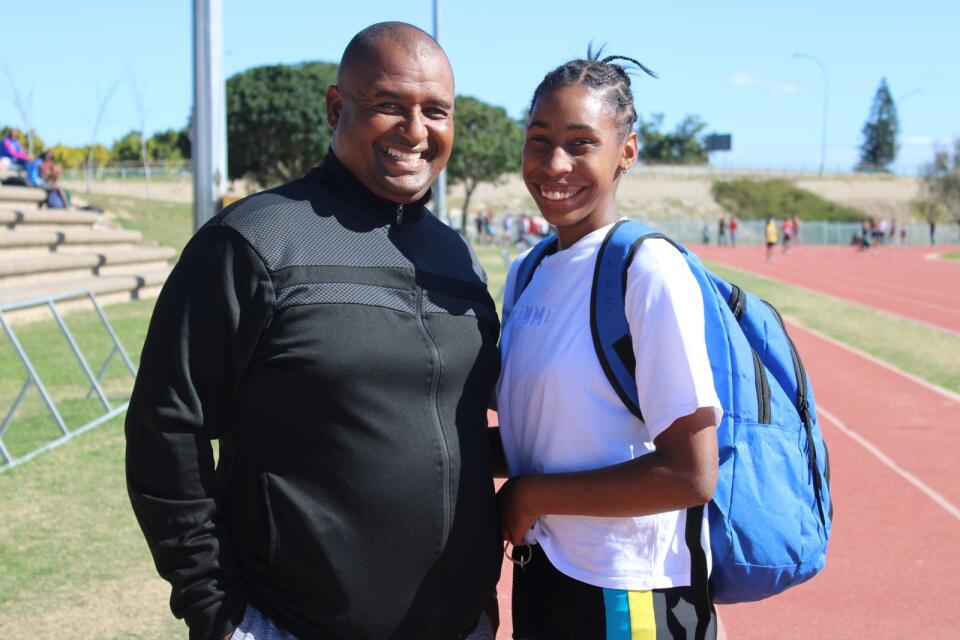